What is Reformed Baptist?

Read about the truths and doctrines that we hold to

Meet our biblically-appointed elders and deacons

Our  Doctrine and Beliefs

Read about our church’s confession and constitution 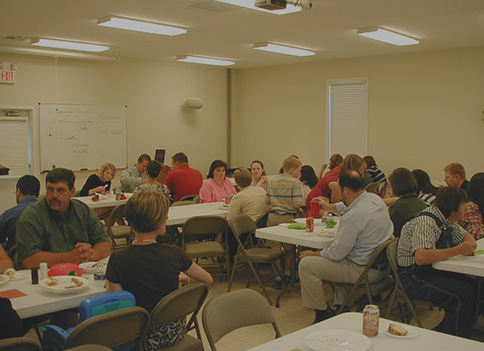 END_OF_DOCUMENT_TOKEN_TO_BE_REPLACED

Expository Thoughts on 1 Corinthians 14In succinct, but measured, previous comments the “gift of tongues” as noted in I Corinthians 14 has been biblically defined. The scripture revealed that this was a gift in which known intelligible foreign languages were used in specific situations for the revelation of the New Covenant to be brought forth to its intended hearers. As Paul wrote to the Corinthians, the gift…keep reading

Expository Thoughts on 1 Corinthians 14 Paul exhorted the church in Corinth to further consider how tongues were unprofitable apart from interpretation. First, he continued to establish the context of tongues as known languages in verses 10 and 11. “10 There are,” He stated, “perhaps, a great many kinds of languages in the world, and no kind is without meaning. 11 If then I do not know the meaning of the language,…keep reading

Expository Thoughts on 1 Corinthians 14 The Corinthian church had many growing pains and the exercise of spiritual gifts contributed to their many difficulties. Paul previously focused on the foundation of the church and the gifts that were in Christ by the one Holy Spirit. He cautioned them not to be so individually minded and to remember they were a part of a local body of Christ….keep reading